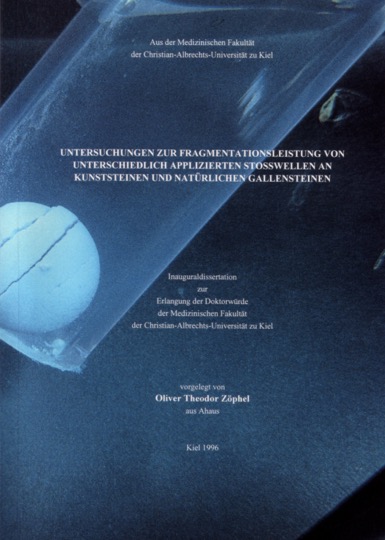 STUDIES ON THE FRAGMENTATION PERFORMANCE

OF DIFFERENTLY APPLIED SHOCK WAVES ON

From the Faculty of Medicine

of Christian-Albrechts University of Kiel

the degree of Doctor

of the Faculty of Medicine

of Christian-Albrechts University of Kiel

The purpose of this study was to improve the still unsatisfactory results of clinical gallstone lithotripsy.

The main focus of the investigations was on comparing the fragmentation performance of shock waves on artificial and natural gallstones using different patterns of application. Another part of this study was devoted to comparing a piezoelectric and an electromagnetic shock wave source and to analysing the exact mechanisms of stone fragmentation.

The following experimental procedure was chosen for this purpose: placed in a meshwork model, the stones were exposed to the shock waves until all the fragments had fallen through the meshes onto the base. The fragment debris was then analysed according to size and weight.

On the other hand, clear-cut differences in the disintegration mechanism of artificial and natural stones were revealed by fragment analyses and scanning electron micrograph enlargements.

Finally, it was demonstrated that the electromagnetic principle provides a higher fragmentation quality than the piezoelectric principle:

The electromagnetic device however already achieved a fragmentation quality of 83.6 % ± 1.0 using a maximum pressure of about 620 bar.

The results demonstrate beyond doubt that maximal shock wave pressures should be used during the treatment of patients with gallstones and kidney stones. The development of lithotriptors in which the pressures are optimally matched to the shock wave propagation could contribute especially to patients suffering from gallstones benefiting from this gentle therapeutic modality with its low rate of side effects. 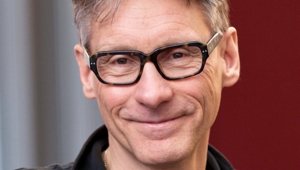